4 Ways A Hit-and-Run Left Me Poor For Years 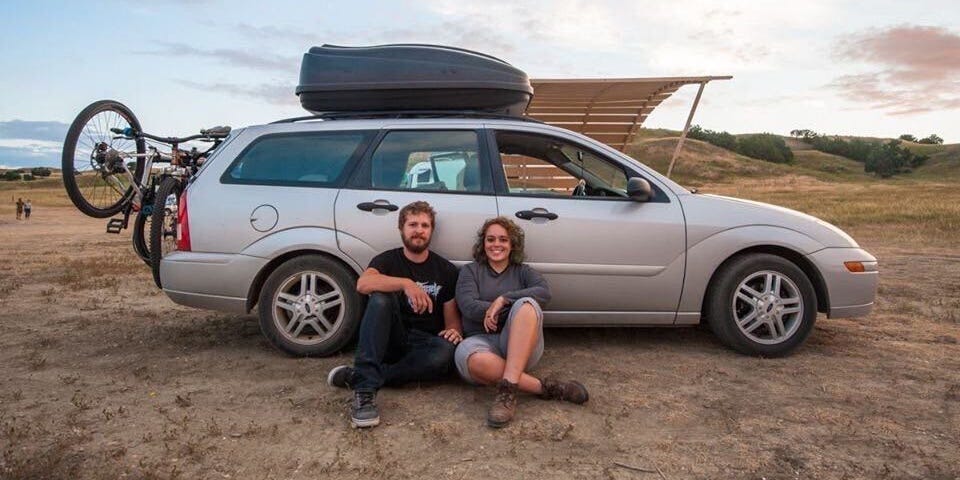 When I was 20, I was hit and run at a busy intersection. The car hit the driver’s side front corner of my tiny Chevy Cavalier. Even though the impact was strong enough to deploy my airbags, the other car just kept rolling.

When the air bag dust cleared, I was alone in the center of the intersection. No other driver stopped to help or testify. After a moment of shock, I drove my lame car to a gas station around the corner.

Luckily I was fine physically apart from a few bruises from the airbag and seatbelt. But my car was not. A cop at the gas station missed the crash itself but saw my smoking car pull over.

After taking a report, he offered to escort me and my car with its headlights on to a nearby friend’s house. But, he warned me that the other driver was in no danger of being caught.

This event had a domino effect for years afterwards, shaped important decisions, affected my ability to find a job and helped me stay in poverty. Here are 4 ways I got stuck financially after my car was wrecked.

1. I lived paycheck to paycheck and had no emergency fund

I was young with little education and completely alone. Everything I had went into bills, and there was no room in my budget to save for anything like an emergency fund. With so little to save for a new car, it seemed pointless to even try.

Although I could have saved enough in due time, I also lacked the income to take out a loan and make monthly payments.

I had to resign myself to not having a car and I didn’t know when I would have one again. I wouldn’t have gas or insurance to pay, but now I was paying for a monthly bus pass.

I had liability insurance, but it only covered damage to the other party if I was at fault in an accident. It didn’t cover my own damages, even though I wasn’t at fault.

Replacing the airbags in my 15-year-old car, not to mention fixing the engine and body damage, would have cost more than the car was worth – and way more than I could afford. It was a total loss. I sold it to a junkyard for $200.

I was living in a mid-sized city in Colorado at the time, which, like most other American cities of its size, had poor public transportation.

The distances traveled of just a few miles literally consumed hours of my day. Between waiting for the one bus that arrived at my stop every hour, changing buses, waiting for the connecting bus, and finally arriving at my destination, a lot of time was spent getting to work.

The bus schedule, which stopped at my place of work at the end of every hour, forced me to be either 30 minutes early to get to work, or 30 minutes late. Because I couldn’t arrive early, I sat in the break room, without being paid, and had breakfast with one or two others who took the same bus.

If I needed to go to a doctor’s appointment, I couldn’t just have a long lunch, I had to take half a day off to account for the bus ride.

I applied for higher paying jobs but had to make sure they were on the bus route. I was hoping to find a job within walking distance of my apartment, but that severely limited my options.

Even then, most of the jobs I was qualified for wouldn’t pay much more than the one I had—not to mention the time I would have to take time off work to take the bus to interviews.

I thought about going back to school, but that was years ago when fully online programs at legitimate institutions were much harder to come by. Since I didn’t have a car, I wouldn’t have had time to bus from my job to an evening class on any campus.

And anyway, going back to school only meant that I could be able to be able to get a better job — in two or maybe four years. I couldn’t wait that long.

As for my social life, it was hard to have one when the buses stopped after 7 p.m. Having to ask for rides at each gathering was embarrassing. I didn’t go out much if I couldn’t walk to the place.

How I got unstuck, and what I would have done differently

With age and experience, I can think of many ways I could have shaken up a solution – but I still don’t know how I could have gotten out of this mess on my own.

The only thing that changed was my luck: I had a boyfriend and he had a car. When we were dating, he drove me to different places I needed to go.

When we got serious and finally married, we shared it, taking turns driving and dropping the other off at work. Although many people would consider this a disadvantage, it has changed my life.

I went to school as soon as I could, now that I had personal transportation. I would have left sooner and I would have been better off financially sooner if I had had an asset that many take for granted: a car.

We take the opportunities a car provides for granted and are not always prepared for a car-related emergency. An accident like mine can happen anytime, to anyone. If you’re on a low income, I urge you to take steps to protect your ability to navigate your city, because bouncing back from bad luck can be a lot harder than preparing for it.