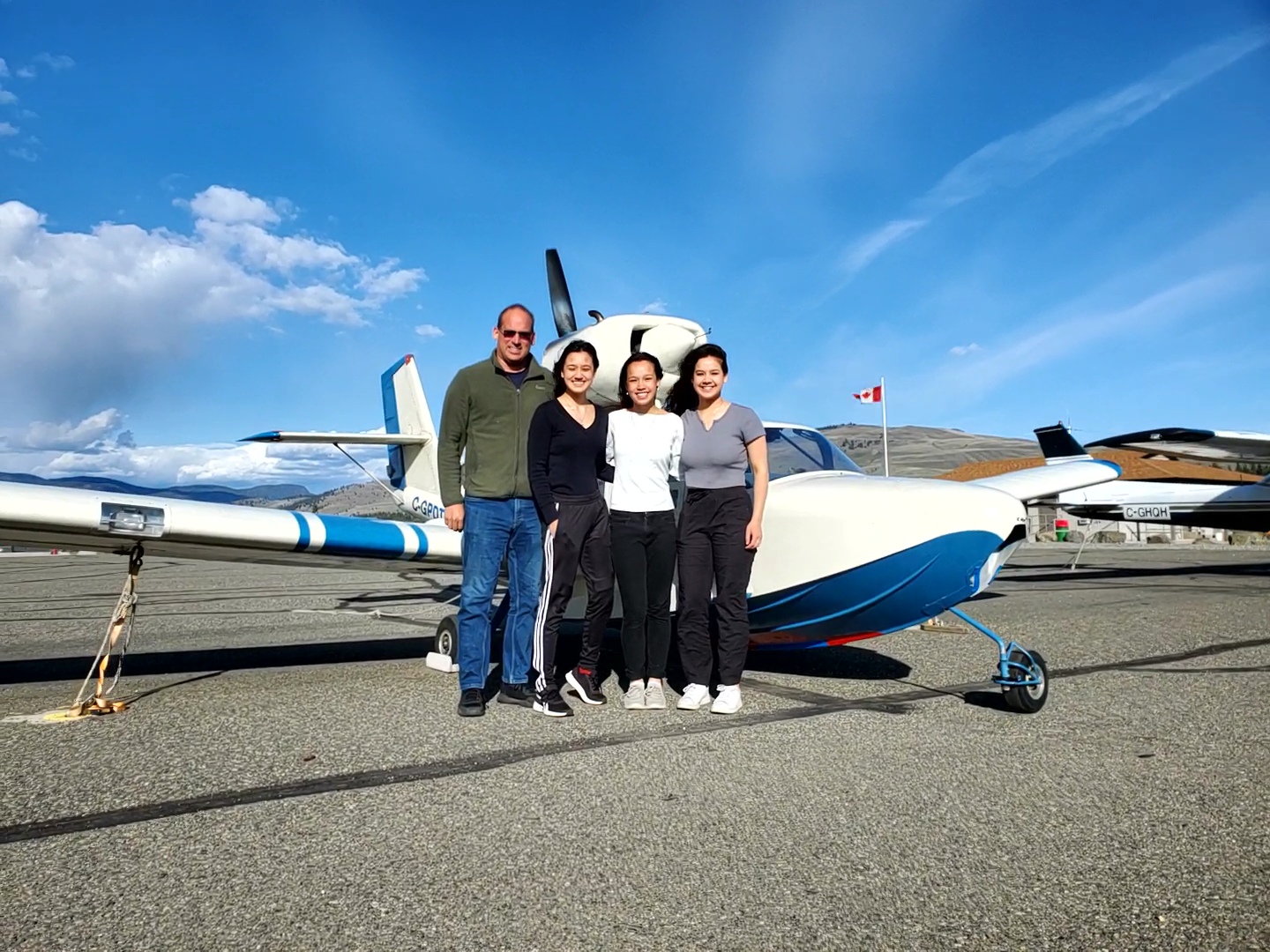 Few people can say they are licensed pilots. Flying is a very difficult skill to master that takes hours of study and practice to master. However, in Merritt, there is a family of pilots, the Scholtens, whose youngest daughter already had a flight license before she could even drive.

“It’s kind of funny how I can fly people but I can’t drive them anywhere,” said Susana Scholtens, the 17-year-old who only has her learner’s license but already has his private pilot license, allowing him to legally fly anyone on a plane.

The young pilot actually got her learner’s license before she even had flight training, but due to the high volume of work she had to do to fly, driving had to take a back seat.

“I already got used to flying when I started driving, so it was a bit different because other planes aren’t that close to you when you’re flying,”

“When I was driving, things were so close to me that it scared me a bit. I’m used to a lot more space in flight.

Scholtens and her two sisters, Lily, 22, and Yvonne, 19, took a course with Vayu Aviation in Kamloops in the summer of 2021.

“We spent the whole summer together, every weekend in Kamloops,” she said. “We were able to see each other fly, we have never flown together but each of our experiences is the same and it was very pleasant.”

The sisters had their father, Geoff, as their class 4 instructor during their time at Vayu. Geoff has spent most of his life in aviation and last taught in the late 90s.

“I didn’t expect them all to be interested in it. I took them for walks as a father, but their interests basically grew on their own,” he explained.

“We are a family that does a lot of things together and flying was just one of those things.”

The Scholtens moved to Merritt from China in 2016. After settling in, Geoff Scholtens was able to purchase a seaplane in 2019. This gave him the opportunity to fly his daughters.

“When my wife said I could buy a plane, she said, ‘I wish you could teach your daughters too.’

Susana Scholtens recalled being around the airport when her father was working on the newly purchased plane. She remembers flying over Lake Nicola with their plane, which inspired her to learn to fly as well.

“We flew around the lake and it was a great experience,” recalls Scholtens. “Being able to fly and see all the scenery, the adrenaline rush of actually doing this, it makes me think God is really good to allow me to see his creation that way. It really made me want to become a pilot.

“Susana is a natural learner and she is very studious,” her father said.

“Most pilots do around 40 hours of ground schooling, she did around 120. When she got on a plane she knew all the theory, so the practicality came easy to her.

According to Scholtens, the experience was very rewarding and she recommends it to people who are considering getting their own license.

“I would say go for it, it’s a bit difficult with the workload but it’s definitely worth doing, you meet a lot of great people and you get to fly a plane which is really awesome,” he said. she explains.

“Some things are definitely easier than they look. When we take off it’s a very easy experience, you hit the throttle and when you hit 75mph you just raise your nose and go.

Scholtens helped out her dad on the recent Community Airport Day on Sunday, July 16. She will help the pilots flying in an exhibition by radio to coordinate them, avoiding any collision in the air.

She is also currently working on getting her float rating, allowing her to land planes in water. On top of all that, Scholtens is looking forward to taking her driving test in September so she can finally travel both by air and land.