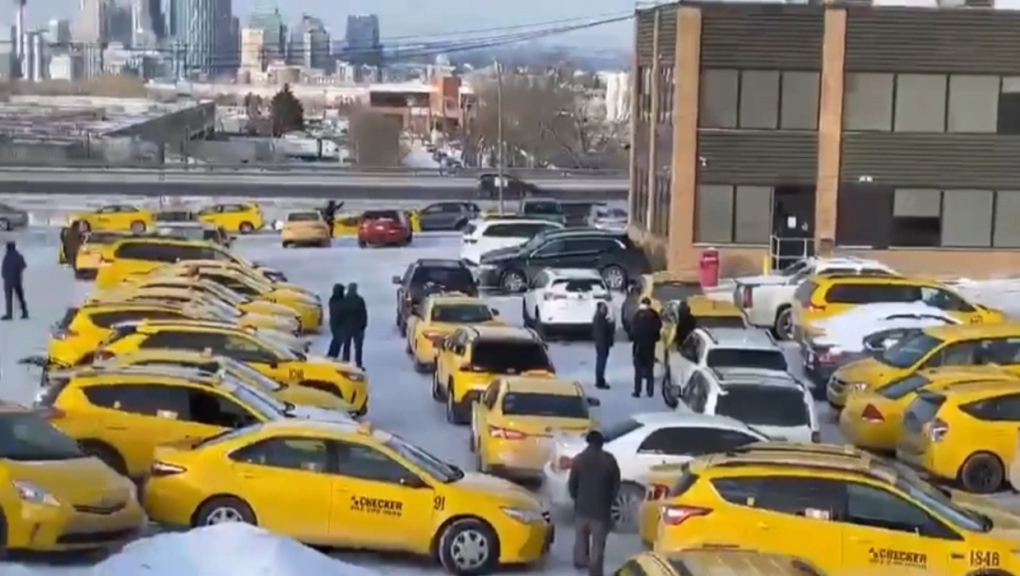 About 150 Checker Yellow Cab drivers protested in their employer’s parking lot on Thursday, unhappy with their sharply rising costs.

The increase is the result of changes to Alberta’s third-party insurance regulations, which business owners say expose them to claims of up to $1.8 million each year.

The company says Alberta’s move to DCPD — or a direct compensation for property damage model — didn’t take into account the impacts for some commercial insurance.

“We have a very high no-fault accident rate. This has increased our insurance costs significantly, which I have had to pass on to my drivers,” Checker Yellow Cabs president Kurt Enders said Thursday. “My drivers are extremely upset with the downturn in the economy and COVID-19, it’s an extra expense they can’t afford and we can’t afford it either.”

Taxi drivers are organized as contractors to the taxi company, paying fees that cover licensing and administration fees that amount to around $1,800 per month, according to the drivers. There is no pension, no sick days or paid vacation. Fee does not include gas and a 2% transaction feed.

“These drivers are family people, they have children to feed,” driver Mohammed Ali said. With the drop in business, many drivers expected their fees to drop. Instead, he says, there was an increase of $40 a week.

Already, most drivers work 12-hour days six or seven days a week. By the time they cover their expenses, their earnings don’t start until around their fifth day of work.

“Business is not the same as before,” Ali said.

The insurance changes have been passed on to drivers, who say they will now be charged $2,500 by the taxi company for any accident where they are not at fault. The company says the money is intended to cover the high deductible.

“If someone hits you and runs away, you have to pay $2,500 and you have to take the car to a body shop and they charge you,” Ali says.

Following a meeting with management, the drivers say they have been promised a response from the company within a week, but pledge to take union action if they are unhappy with the results.