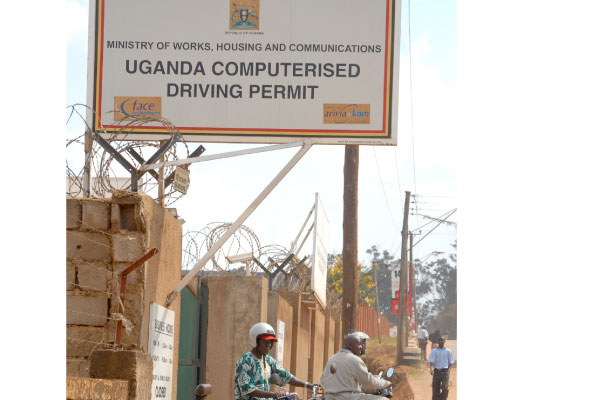 A high-stakes battle rages over a multibillion shillings contract to issue driver’s licenses to motorists.
Since 2003, permits have been produced in Kampala by Face Technologies, a South African company, which was contracted to set up a computerized system, operate it, and then hand it over to the government.

In August, Daily Monitor announced that the government would take over the issuance of permits in May 2020 by the Department of Public Works and Transport, as part of plans to centralize and improve the regulation and registration of vehicles in motor and conductors.

However, following concerns about the government’s willingness to take over the service, Parliament passed a motion on September 10 ordering the Department of Public Works to extend Face Technologies’ contract by five years to allow for a transparent transfer. .

MEPs said the extra time would also be used to train more Ugandans to operate the system and advised the Ministry of Public Works and Face Technologies to open at least 14 new branches across the country.

The deputies also decided “that the Minister of Public Works and Transport report to Parliament on the progress of the implementation of these resolutions by the end of November 2019”.

In internal briefing documents shared with MPs that Daily Monitor saw, senior management at the Public Works Department noted that no money had been set aside in the current budget to pay Face Technologies for the software and the database, and had warned of a crisis if the contract expired without a transition plan.

The parliamentary resolution, however, has now sparked furious lobbying within the attorney general’s office from officials seeking approval, and others seeking the contract with a new company, the Uganda Security Printing Company. (USPC).
Officials lobbying on behalf of USPC, a joint venture between German company Veridos and Entebbe-based Uganda Printing and Publishing Corporation, say a security printing contract signed in 2018 entitles them to the driver’s license contract upon expiration of the current one.

On the other hand, officials from the Ministry of Public Works say they are open to contracting Veridos to provide them with the blank cards that driver’s licenses are printed on, but are unwilling to break their contract with Face Technologies, challenge Parliament or build a new driver’s license system from scratch without a database of existing drivers.

On September 16, the Minister of State for Transport, Mr. Aggrey Henry Bagiire, wrote to the Attorney General (AG) to seek legal advice on how to proceed in light of the parliamentary resolution.

His senior minister Monica Ntege Azuba confirmed to this newspaper that they were awaiting the GA’s advice on the next step.

Deputy Attorney General Mwesigwa Rukutana said the GA chambers were considering the issue but had yet to conclude on the issue.
However, documents seen by this newspaper show that on September 18, an official in the Solicitor General’s office pointed out to the PG chamber that the parliamentary resolution was not binding on the ministry or the government.

Officials familiar with the matter now say the uncertainty has sparked fierce lobbying, including the removal of names, with references made to relations with the State House.