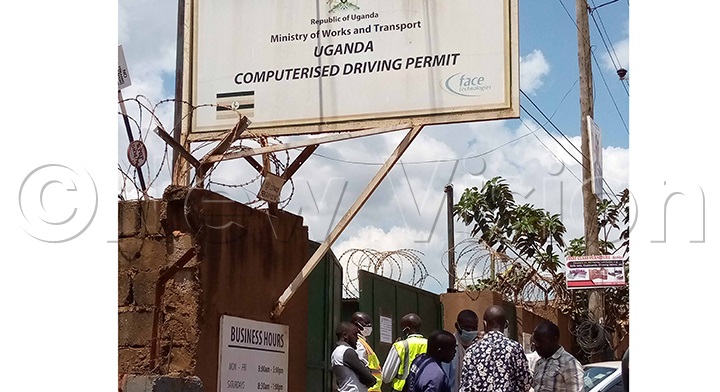 KAMPALA – Several driver’s license applicants who had gone to Face Technologies headquarters in Kyambogo to be served were shocked when introduced by the notice placed on the main entrance door stating that they had closed their doors.

Some candidates who had traveled long distances instead confronted the security guards at the gate. They criticized the Department of Public Works and Transport for not having alerted them in time.

Face Technologies, a company based in South Africa, had a contract to print computerized driver’s licenses. The contract expired on November 30, 2020.

However, sources from the Ministry of Works said that the Uganda Security Printing Company (USPC), the new company outsourced to take over the printing and issuance of the pipe, was ready by December 1, 2020, as expected.

A few months ago, the Ministry of Public Works and Transport signed the memorandum of understanding with the USPC to undertake the printing of driving licenses from Face Technologies whose contract had expired.

Drivers criticized the government for changing Face Technologies at such a critical time when fakes have increased and the issuance process has been streamlined.

Yunus Kigundu, president of the United Bus Drivers Association (UBDA), said the government should always consult with stakeholders whenever changes are made.

He said issuing driver’s licenses that had stabilized would not be an area for disorganization.