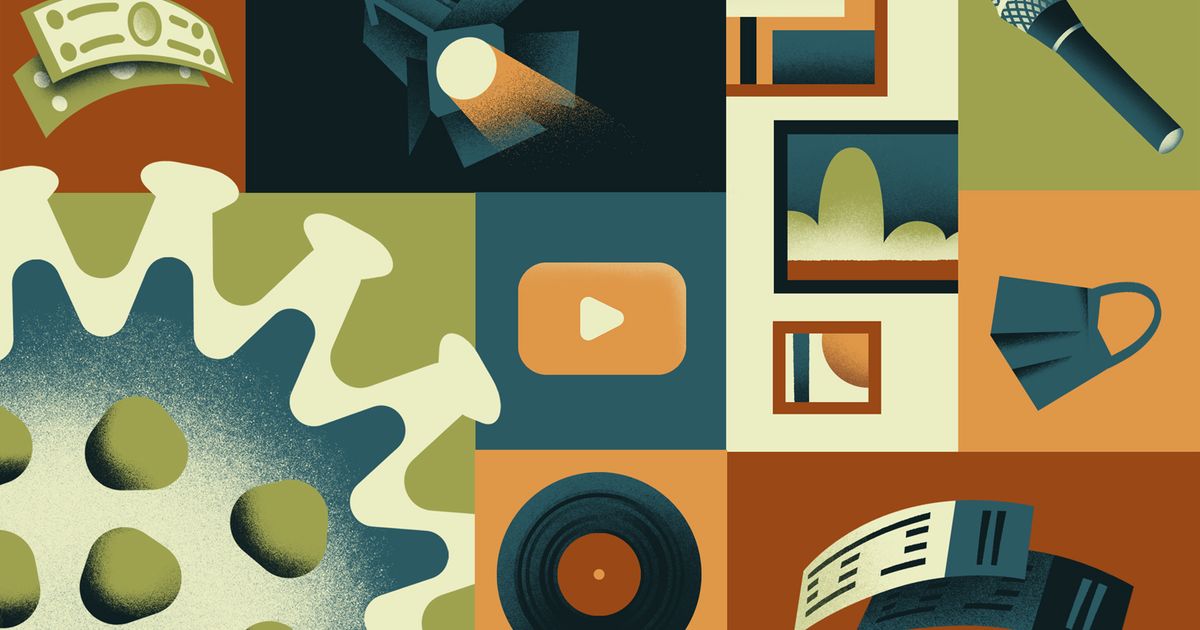 After nearly two years of the pandemic, only about half of arts patrons in Washington state say they have returned or are ready to return to in-person arts events. And surprisingly, those who venture out expect to spend about half of what they did before the pandemic.

That’s according to new research from arts advocacy and grants group ArtsFund, whose COVID 2022 Cultural Impact Study, released Wednesday, highlights the damage the coronavirus pandemic has done to the arts and culture sector. Washington’s once-thriving culture. And it seems that no matter what the months and years to come bring, the landscape will be forever changed.

Combine that with the expected reduction in grants and loans that have helped arts organizations over the past two years and “it’s the scary math,” said Michael Greer, president and CEO of ArtsFund. “There is going to be a permanent shrinkage of the industry.”

Seattle’s thriving and vital arts and culture community has been rocked by the coronavirus pandemic and the only certain thing for the future is change. The Seattle Times takes an in-depth look at the sector’s recovery in 2022 with the help of a grant from the MJ Murdock Charitable Trust. We will explore how individuals and institutions are faring in the wake of the pandemic; tracking where relief money is going; and examine promising solutions to the challenges facing our arts community. We invite you to join the conversation. Send your stories, comments, tips and suggestions to [email protected]

That’s not the only concerning number to emerge from the statewide study, which provides concrete insight into how the sector has been impacted by the pandemic through surveys conducted from May through September. 2021.

It shows that the nonprofit arts and culture community is shrinking in near real time.

For example, 121 of more than 200 nonprofits statewide that responded reported a 21% drop in revenue in the first year alone. And, Greer noted, 41% of respondents furloughed staff or cut hours or pay.

The harsh truth is that lost jobs and wages are unlikely to come back, especially since variants potentially extend the problem not just months into the future, but possibly even years. Forty-six percent of organizations said they have implemented changes to their staffing models and of those, 62% say the changes are permanent.

And that’s not counting the struggling private entertainment sector or the countless freelance creatives working inside and outside Seattle’s arts and culture industrial complex, many of whom have seen reduced paid work and have were forced to change careers.

The report cites a general concern of a “brain drain” in the arts and culture field in Washington as workers retrain or move away.

“It will be your neighbor or someone from your child’s class or someone you went to school with,” Greer said.

For many of us, Seattle’s arts and culture profile is very much like Oz – funky, cool, and a little quirky here at the end of the yellow brick road.

It is a thriving home for both high and low cultivation. It’s the birthplace of Jimi Hendrix and grunge, the mysterious home to some of our darkest cultural touchstones like “Twin Peaks.” We have bustling nightclubs, theatres, orchestras, dance companies and a vibrant museum and gallery scene. There is a legion of video game developers moving there every year.

Before the pandemic, jobs in the broader arts and culture sector – of which the industries covered in the ArtsFund report are likely a subset — were becoming a major economic driver in Washington State and the United States, even though most of us were unaware of this growing impact.

The U.S. Bureau of Economic Analysis says the 35 industries that make up the sector, from architectural services to sound recording and software development, generated nearly $1 trillion in 2019. That’s about $4. 3% of US gross domestic product – and more than agriculture, mining, construction or transportation.

That number had risen steadily for a decade and had increased by 3% per year in the three years before the pandemic, above the national average. There were 5.2 million arts and culture workers in the United States with a payroll of $447 billion in 2019. And that didn’t include the self-employed.

In Washington, the impact was even greater. Arts and culture jobs – 185,000 of them before the pandemic, according to the BEA, accounting for 5% of employment and $25 billion in wages – added more than $53 billion to Washington state’s gross product, more than 8% of the gross state product of $612 billion.

Not only have our instant GSP numbers exceeded those of the rest of the US, but our acceleration in these industries has also increased. Washington was third in arts and culture revenue, fourth in earnings, and sixth in employment, all high standards given our relatively small population.

More importantly, Washington was No. 1 in terms of growth in all of these categories in the three years before the pandemic. The state was increasing arts and culture jobs to more than 10% — six points more than the national average.

And then the first wave of the pandemic hit. Then delta. Then omicron.

“I keep reminding people that this is the worst economic and health crisis – of course they go together — in our lifetime,” said Amada Cruz, director and CEO of the Seattle Art Museum. “It was quite severe and with omicron it has not gone away. So the impacts are very, very severe.

Like Oz, if you peek behind the curtain, you’d be pretty worried right now. Rising rents and gentrification were already crowding out small organizations and independent artists, and the pandemic has picked up the pace.

The ArtsFund report shows these issues are accelerating amid the coronavirus. Some organizations have closed permanently, others have not been able to access the backup system and are on the verge of failing. All – big and small – have been modified.

Even SAM, one of the city’s largest institutions, has been forced into layoffs and furloughs. The museum has permanently laid off 13 people out of a staff of 320, and while Cruz is a never-say-never type, she says it’s hard to imagine those positions coming back.

At some point, museum administrators began reviewing the budget on a quarterly basis, an excruciating process that was nonetheless necessary.

Where will all the changes end? The only certainty is uncertainty.

“What’s interesting is that because that uncertainty is still in place, we still don’t know what those changes will be,” Cruz said.

“We have learned that we have to be agile, and we are learning to be agile. And that’s a very difficult thing for a very large organization like the Seattle Art Museum.

It’s been an even tougher time for smaller arts and culture organizations, which typically don’t have as many financial reserves or resources to help leverage the public relief system. More worryingly, this relief system is shrinking as public programs expire, although some funds are still being disbursed.

He pivoted to help local artists with cash grants, raising and distributing more than $1.1 million to more than 2,100 artists in Washington. That program ended in April, but Tim Lennon, its executive director, said the group is considering reviving a similar effort as virus variants continue to dampen the creative economy.

“We’re not a large organization and we certainly don’t have the kind of financial resources that large arts organizations or dedicated funding bodies have access to,” Lennon said. “But we are going to do our part to at least create financial support for local black artists in 2022, because we are already seeing that, just like in March 2020, artists have seen many of their concerts canceled in the first half of 2022. because that people are afraid of omicron, and rightly so.

Congress, the state legislature, and city and county governments provided millions in grants and loans to arts organizations in 2020. That money was intended to be a short-term lifeline, not a drain. permanently dripping. And now that it’s starting to dwindle, many organizations are left with a big void in their future.

Lennon and his team have fought and given up for the past two years. But there’s no way to predict what will happen over the next two.

“I am very worried about our sector in 2022 and 2023,” he said. “We saw in 2020 things like the PPP program and other kinds of relief efforts, especially from the public sector side, that helped people through 2020. We saw a lot of recovery funds and reconstruction in 2021. This will largely disappear in 2022. and 2023.

“I think once those supports are gone, and as we fight more and more waves of different variants of the disease, we’re going to see more and more organizations without that lifeline. disappear.”

No single solution will solve the arts and culture sector’s problems, but the authors of the study make a number of recommendations. They include:

Whatever the solution, says ArtsFund CEO Greer, it won’t be a silver bullet.

This cover is partially underwritten by the MJ Murdock Charitable Trust. The Seattle Times maintains editorial control over this and all of its coverage.

Chris Talbott
is a Seattle-based writer and editor.