‘It changed me forever’: convoy of black taxi drivers in London to rescue Ukrainian refugees 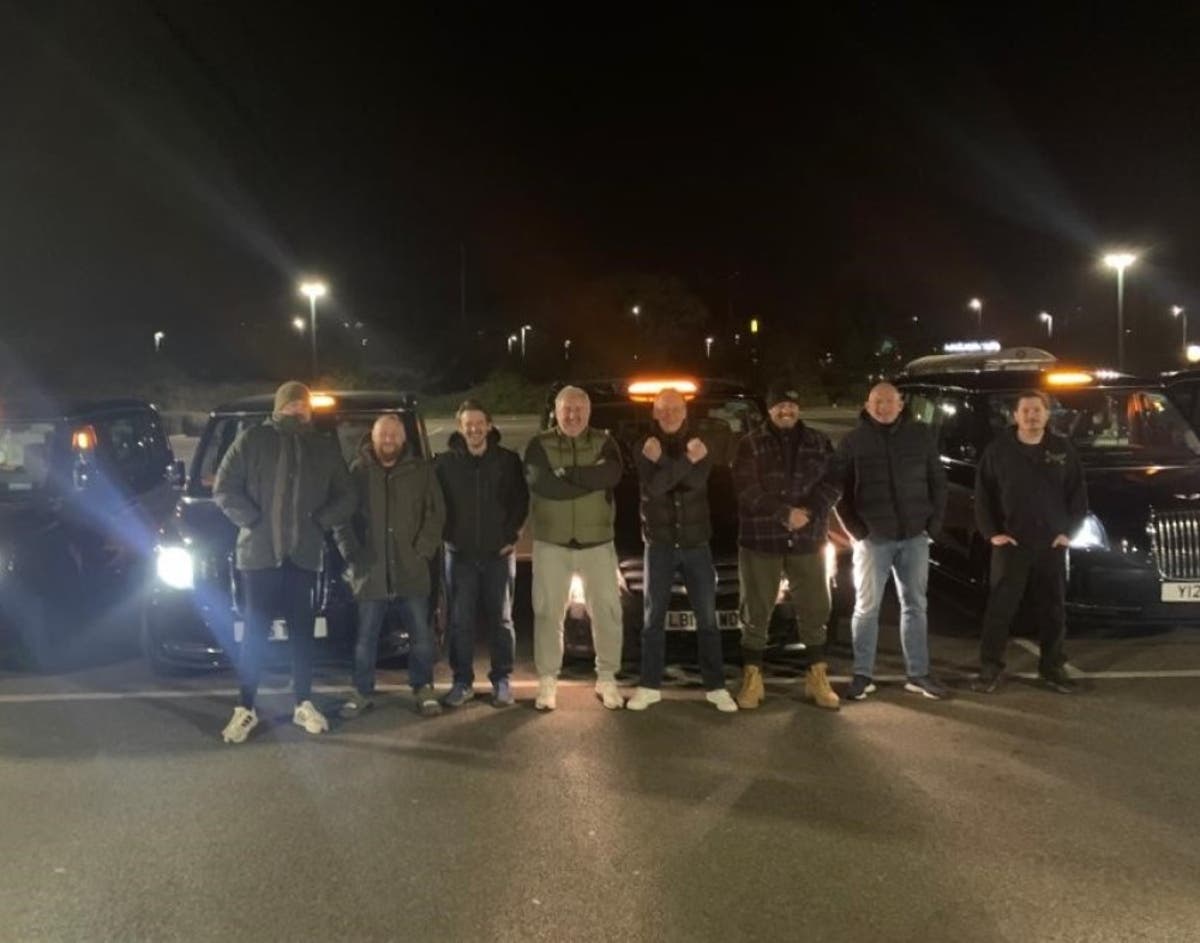 A London taxi driver who led a convoy of black cabs transporting Ukrainian refugees from Poland said the experience changed him forever.

Matt Westfall, 52, has raised more than £11,000 to smuggle six black cabs, a car and a van into Poland to deliver humanitarian aid to refugee camps set up near the Ukrainian border and transport refugees trying to reach cities across Europe.

Mr Westfall, a taxi driver in London for 11 years, arrived home on Wednesday and said ‘there are no words’ to describe the four-day journey.

“I don’t have enough vocabulary to tell you how I felt,” said the 52-year-old from Buckhurst Hill, Essex.

“I can’t understand what they went through, all I can do is try to smile and do what I can for them… There are no words.”

Mr Westfall decided to start a GoFundMe for the cause when he saw a video online of a Ukrainian father saying goodbye to his family as he left them to join the army.

With the help of more than £6,700 donated by strangers to the fundraising site and contributions from the London Taxi Drivers‘ Association and Eclipse Rent-A-Taxi, Mr Westfall set off with a group on Sunday of taxi drivers he had recruited for the task.

The group drove 1 p.m. to Warsaw, Poland, where they delivered aid such as sanitary products, baby food, diapers and toilet paper, and picked up two families by vehicle to bring them back across the continent.

“I had a mother and a daughter in my taxi, they were going to Munich… Three families were going to Hamburg where they have family and friends,” Westfall said.

“There were two ladies, I didn’t know where they were going… We didn’t want to be too intrusive in their lives.

“And a (driver) is in Dunkirk now, they’re waiting for visas…they have sponsors, family in Notting Hill, so (he) is waiting for them to have a visa and he’ll drive them to Notting Hill either today , or tomorrow.

With the money donated to GoFundMe, Mr Westfall was able to pay and put some of the refugees they transported into a hotel, allowing them to wash and eat.

He described the moving conversation he had with a Ukrainian mother whom he took to Munich.

“We asked the lady in our taxi: ‘Do you think you will come back?’ and she said, ‘For what? My apartment is gone, I have nothing to go back to – I don’t know what to do.

“She has family in Munich and that’s where she is now, so I think they will start a new life in Germany.”

Mr Westfall also spoke of the moment that will “live with (him) forever” when transporting the woman and her young daughter.

“That little dot, she didn’t want to talk about…She looked very gray and pasty and tired,” he said.

“Her mum said, ‘I’m really worried, she hasn’t eaten anything, drunk anything.’

“So my buddy got down on his knees and said, ‘I know what all the kids like…McDonald’s.'”

“Her little eyes lit up like a light was turned on and it was just amazing… Her little face lit up and all of a sudden we had a different little girl in our hands.

“It was an amazing moment that summed up the trip, it was worth it just for that little moment.”

The group stopped at McDonalds on the way to Berlin, after which the girl fell asleep on top of her mother as Mr Westfall continued to drive the couple to the German capital.

“It was just lovely…She slept until Berlin, 12 o’clock, she must have felt safe.”

“We put them in a hotel and my buddy just got a message from mum and daughter, they are with their family now in Munich, they sent us a picture.”

Mr. Westfall hopes to make the trip again when he can.

To donate to Mr. Westfall’s GoFundMe, go to: www.gofundme.com/f/cabbie-relief-for-ukraine