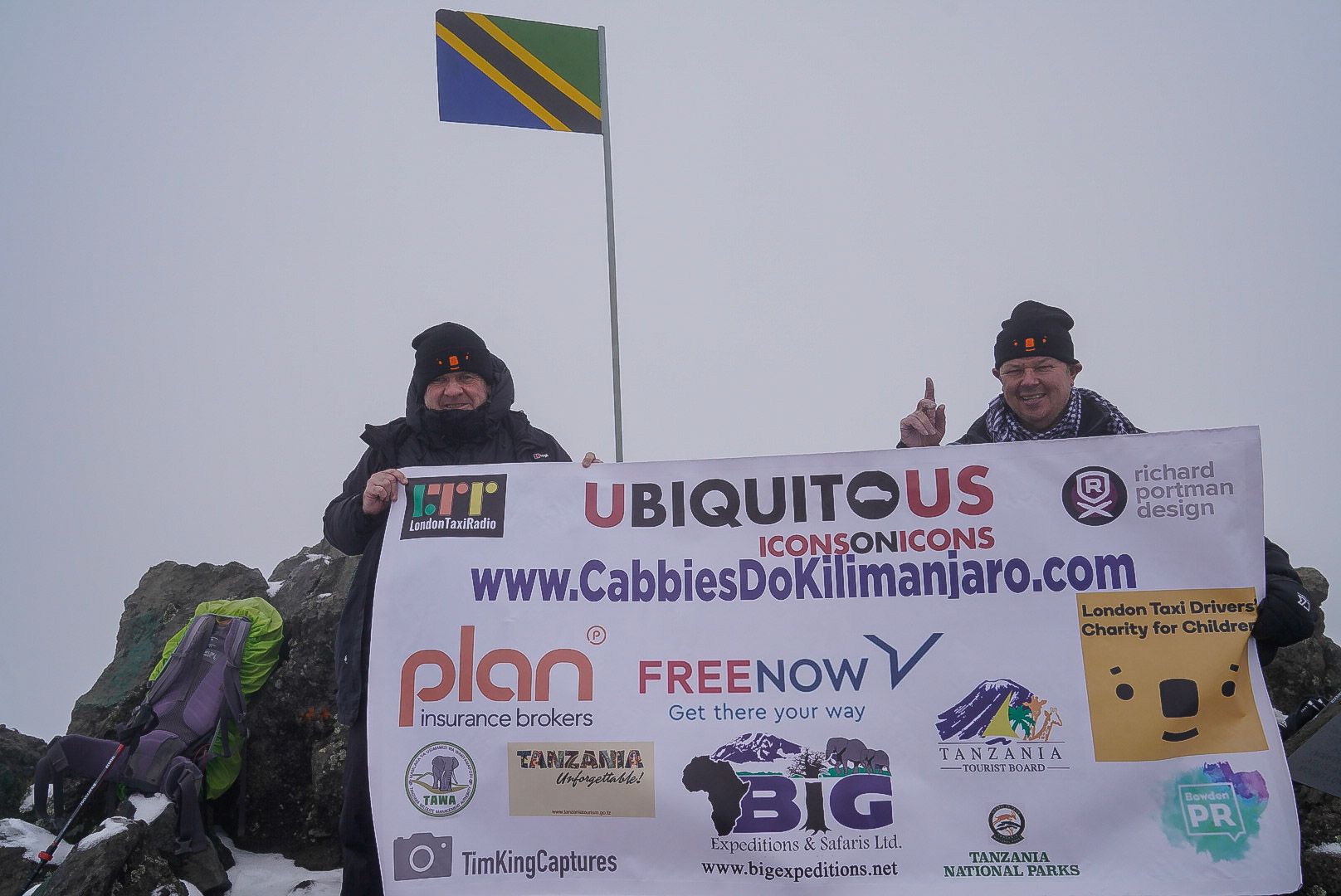 There were two parts to the ambitious Taxi Drivers fundraising challenge to raise money for the London Taxi Drivers’ Charity for Children and an orphanage in Tanzania.

London taxi driver Daren Parr from Blackheath said: “Mount Meru was definitely harder than I expected. The weather during our ascent was appalling.

“We had climbed Kilimanjaro in 2019 but Mt Meru was a different mountain. At one point we were battered by torrential rain hanging from chains with a deep drop by our side and I can honestly say I didn’t. ‘ve never been so scared in my entire life.

Once the taxi drivers returned from the summit of Meru, they enjoyed just one night in the luxury of a hotel bed before setting off on the week-long Kilimanjaro trek.

Fellow taxi drivers Lyndsey, Bob, Gary, Sarah, Stuart and Stella joined them on this climb. Everyone suffered from altitude sickness but all but one of the intrepid taxi drivers reached the summit with their professional guide Jonas and a team of twenty porters.

London taxi driver John Dillane from Orpington, said: ‘The arrival of the rest of the team gave our bodies and spirits a huge boost as we set off on the six-day Machame route to the summit of Uhuru.

“Any thoughts of acclimatization gained from climbing Meru were thrown off the night of Kili summit as my body reacted badly above 5000 meters. The last two and a half hours have been torturous as I struggled like a boxer whose legs were gone.”

Mission accomplished, Daren and John headed back to England and are back in their taxis, while their teammates enjoyed a game drive and a few days on the beach in Zanzibar.

Michael Son, Chairman of London Taxi Drivers’ Charity For Children, said: “We are so proud of the Cabbies do Kilimanjaro team. They have raised much needed funds for the special needs and underprivileged children our charity supports, and we cannot thank them enough for choosing us.

Money raised from the Cabbies Do Kilimanjaro 2022 challenge to climb Meru and Kilimanjaro will support the London Taxi Drivers’ Charity for Children and the Uhuru Orphanage in Tanzania. Donations can be made via www.justgiving.com/fundraising/daren-parr1

Get all the latest news, updates, things to do and more from your local InYourArea Feed.