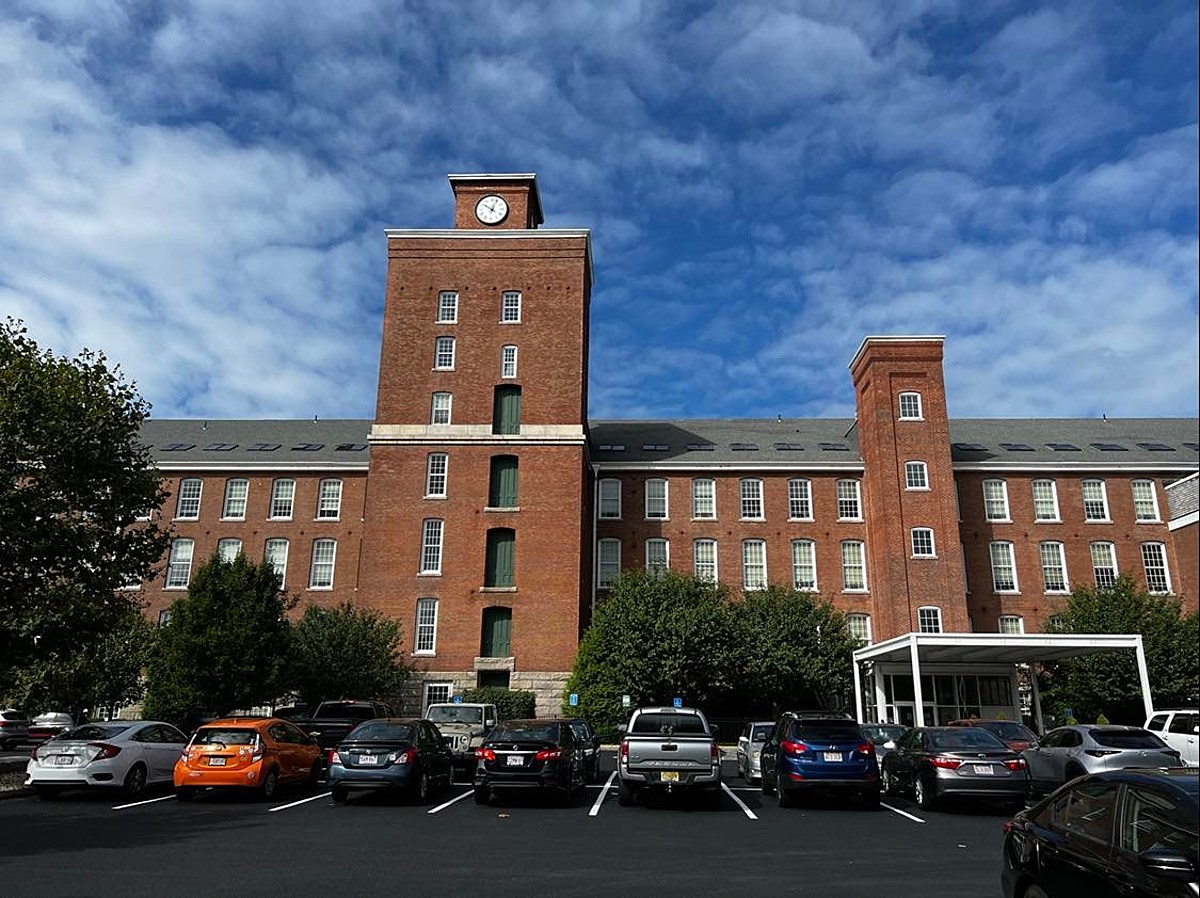 Nestled between the Acushnet River and present-day Route 18, the Wamsutta Mills have been part of the New Bedford landscape for many years.

The Wamsutta Mills, located at Acushnet Avenue, Logan, Wamsutta and North Front streets, were the first textile manufacturing mills built in New Bedford. The first of the mills was operational in 1849, long before the outbreak of the Civil War.

Thomas Bennett, Jr. of Fairhaven developed the Wamsutta Company, which he originally planned for Georgia. The Wamsutta Society takes its name from Wamsutta, the son of Massasoit of the Wampanoag Nation.

The Wamsutta Mill complex began with the construction of the first mill, a five-story structure 212 feet long by 70 feet wide. There would eventually be a total of seven mills in the complex.

Textile manufacturing replaced whaling as the engine of New Bedford’s economy until it fell on hard times.

At one time, the Wamsutta company was the largest cotton weaving factory in the world. Wikipedia says, “In 1897 Wamsutta operated 4,450 looms and employed 2,100 workers.”

My mother worked for years making textile products, mainly pajamas, at Wamsutta Mills in the 1970s. She retired from a company called Bonnie Lane.

The Wamsutta Mills are now home to many people who probably have no memory of New Bedford’s textile industry. Redevelopment of the property began in 2004 with loft-style apartments, some with three bedrooms filling the space once filled with giant looms and tons of cotton.

The Wamsutta name is still in use, and Wamsutta products, such as sheets, are still available for purchase today.

The Wamsutta Mills was added to the National Register of Historic Places on August 19, 2008.

WATCH: States with the most new small businesses per capita