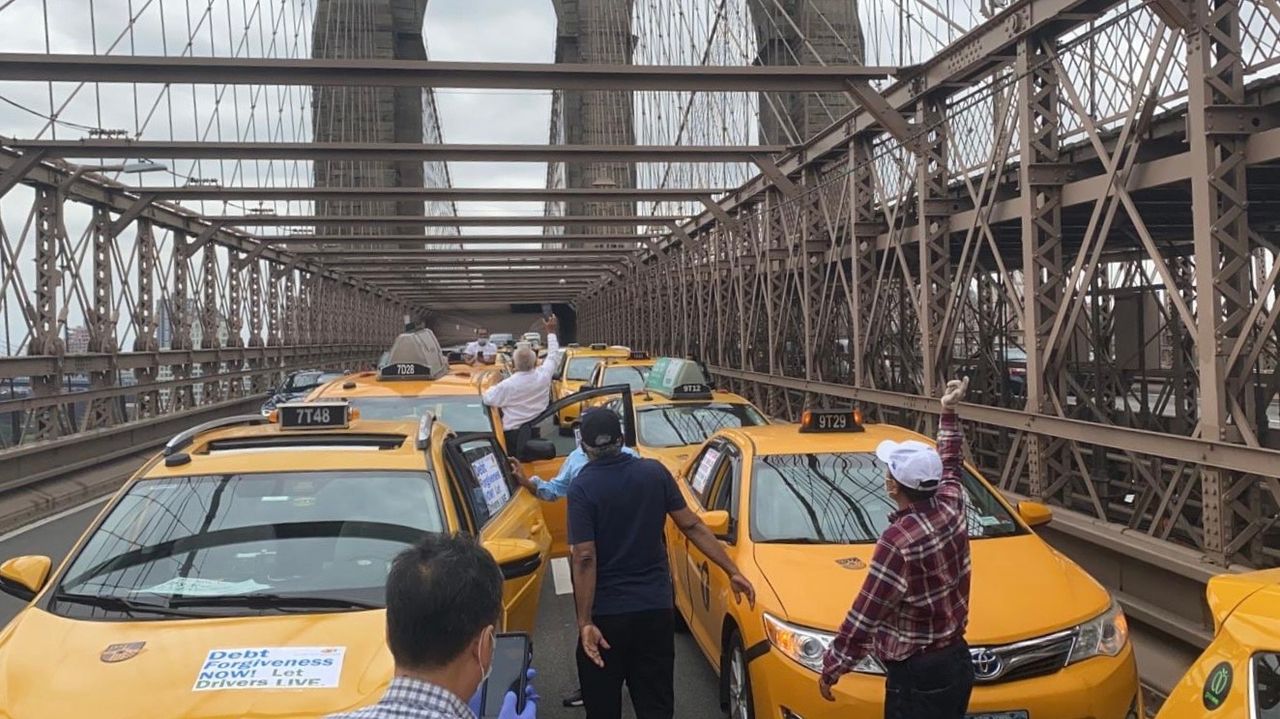 The impact of the COVID-19 pandemic has compounded the financial catastrophe facing these drivers. In June, 75% of drivers were off work due to a lack of demand for taxis. Since then, traffic has remained low, with business districts still nearly empty, many Manhattanites moving to other locations, and tourism non-existent.

New York’s yellow cab drivers operate under a system based on medallions, expensive vehicle permits, which had also been used as a means of financial speculation. The cost of a medallion had risen to $1.3 million in 2014, before plummeting with the explosion of ride-sharing services in the city. Medallions now cost less than $100,000.

Across the industry, drivers are locked into massive loans, with no way to generate enough revenue to pay off their debt. Tragically, this led to a wave of suicides. One case was that of Doug Shifter, a 61-year-old limousine driver who wrote in a Facebook post shortly before his suicide: “I’ve worked 100-120 straight hours almost every week for the past fourteen years. When the industry started in 1981, I worked an average of 40 to 50 hours. I can no longer survive with 120 hours of work!… It’s SLAVERY NOW. … I don’t know how to try to make a difference other than a public display of a most private matter.

Bill de Blasio, the Democratic mayor of New York, had indicated early on that his administration would do nothing to help workers unable to pay their bills. “Before this pandemic, we were facing a really deep problem for yellow taxi drivers, green taxi drivers, rental vehicles, everyone had been through so much… Everything stopped because of the coronavirus and obviously we, New York City, don’t have the resources for any kind of direct bailout,” he said at a morning news conference in late June.

The New York Taxi Workers Alliance (NYTWA), which covers more than 21,000 taxi and ride-sharing drivers, including Uber and Lyft drivers in New York City, launched the protest action to continue its ‘retirement campaign Medallion Debt” which began on July 5. and a determination to fight on the part of the rank-and-file drivers, the union is trying to divert that energy to “pressure” the city and Congress to restructure the drivers’ debts.

The parasites responsible for the unbearable indebtedness of drivers are the financial oligarchy, which has made its fortune by restructuring the transportation industry through the overexploitation of rideshare drivers. They are also looking to squeeze whatever profit they can from the collapse of the yellow cab industry.

Marblegate Asset Management became the largest holder of taxi loans in February this year, buying 3,500 medallion loans for $350 million at an auction. Despite a raging pandemic that has killed more than 200,000 US residents and crippled the global economy, the financial firm has demanded that at least 2,000 medallion owners pay $1,500 a month on their debt. The company, alongside the entire capitalist class, enjoys the full support of local, state and federal governments, made up of Democratic Party and Republican Party politicians loyal to their interests.

The protest action by yellow cab drivers is taking place against a backdrop of growing militancy within the working class. Massive opposition has emerged among educators to the reckless reopening of schools, including in New York City, where the mayor has twice delayed the start of in-person classes. University workers went on strike in Michigan and Illinois. Rank and file committees of autoworkers, teachers and other workers have formed in recent months to organize a fight for safe working conditions.

Instead of pushing to expand the struggle of yellow cab drivers, NYTWA isolated these workers. The union has separate campaigns for Uber, Lyft and yellow cab drivers, even though those workers work in the same industry and perform the same essential job. The sole purpose of these campaigns has been to promote the illusion that Democratic Party politicians will fight for the interests of working people.

It ignores the fact that the Democratic Party is an arm of the business and financial elite responsible for attacks on working people. While tens of millions of unemployed and underpaid workers have been cut off from unemployment benefits and unable to pay their debts and bills, the Federal Reserve has provided more than $3 trillion to financial markets to avert a collapse. Indeed, the government and its adjuncts are not short of funds when it comes to helping companies like Marblegate Asset Management, but in the meantime they are starving workers like yellow cab drivers.

The World Socialist Website and the Socialist Equality Party are urging yellow cab drivers, Uber and Lyft drivers to organize into rank-and-file committees independent of unions and the two company-controlled political parties, like teachers and workers of the automobile, to lead a united fight against their common enemy, the corporations and the banks of Wall Street. We encourage all workers to contact the WSWS for more information on forming rank-and-file committees.