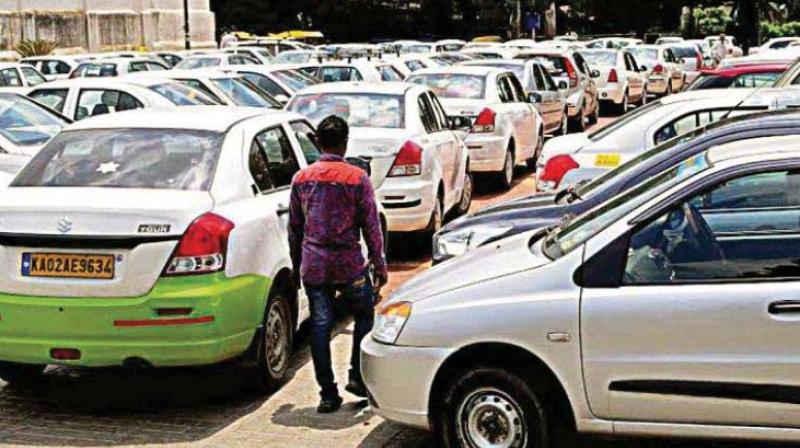 Hyderabad: Drivers working with app-based taxi aggregator services have rejoiced during the recent rains as surge charges from adverse weather conditions have helped them earn more over the past fortnight.

There are around 60,000 drivers in the city, who said the rains, coupled with increased demand due to the Bonalu and Bakrid festivals, have caused fares to rise steadily.

They said while customers weren’t worried about paying extra, many were frustrated with cancellations because it sometimes took hours, in some cases, for people to get around.

Ch. Swamy, who works with an app-based taxi service, said: “These rains have given drivers extra income. Rising fuel prices and other costs have put drivers in a suffocating position. Earnings this month are better for most of us.
Surge charges are decided by the app services, depending on demand, availability of taxis in a particular locality, and weather conditions.

Faheemuddin, a taxi driver, who is also a member of the Telangana Gig and Platform Workers’ Union, said, “Taxi drivers have had a tough time during the lockdown. Many taxis were taken away by funders because the drivers did not pay the monthly installments. But slowly, the transport sector is becoming favorable again. The government should take steps to ensure that drivers get better incomes on a regular basis.

Ravikanth Laxmana, an IT worker, said: “The fares were high on rainy days, but that can be justified as these taxi drivers rendered their services braving bad weather when most of us were seated in comfortable desks.
Bandhara Pandu, private company consultant, “The cancellations were frustrating. One minute, the taxi on the mobile phone screen is seen approaching the pick-up location, then suddenly it fades away, informing about the cancellation. The rains caused a lot of inconvenience to commuters.