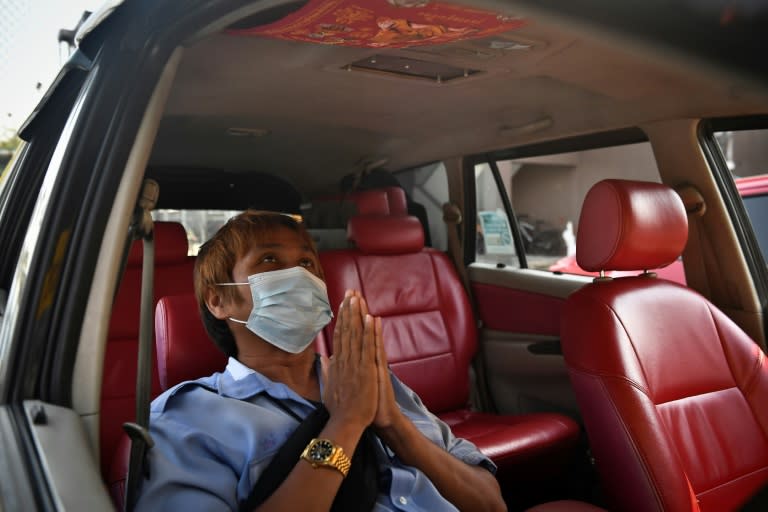 After whispering a prayer, Thai taxi driver Sopee Silpakit dons a chain of amulets around his neck and then jumps behind the wheel – carried by the peace of mind the ritual gives him against Covid-19.

The 65-year-old man’s job as a taxi driver in Bangkok puts him in daily contact with the public, and his lifestyle is now tormented by worry, with the Thai capital being the epicenter of a third wave.

“I pray these amulets every day: ‘Don’t let the virus get near me,'” he told AFP.

“I really believe they could protect me from the virus and keep me healthy.”

The predominantly Buddhist Thailand has a deeply superstitious culture, with a large part of the population rooted in the belief that luck and good fortune can be accumulated through blessed items.

Some spiritual fashions are fueled by the media, like the hyperrealistic â€œangel childâ€ dolls.

But collecting amulets is about different demographics – it’s not uncommon to see an entrepreneur wearing them under their polo shirt.

Charms can be simple – like a small Buddha statue – or more elaborate, with intricate carvings encased behind a plastic covering for protection.

Sopee – whose cab has more than a hundred sacred objects adorning its interior – says he’s “more confident” that his cab is virus-free than he would be without any spiritual protection.

“I don’t care how valuable those amulets are in my cab,” he told AFP, the charms hanging from his rear-view mirror swaying as he made his way through the narrow alleyways of the residences.

â€œIt really depends on what it’s worth to me. “

The tradition of collecting, buying and selling amulets is so popular that Bangkok even has a dedicated market in its historic district specializing in them – where those blessed by a popular abbot fetch high prices.

The government has shut down the market whenever Covid-19 infections have increased in the past year, due to the bazaar’s popularity among older Thais.

His taxi also has a large roll of cloth with a Buddhist monk adorning its ceiling – as if the abbot was watching him as he moved through the sweltering traffic of Bangkok.

Among taxi drivers, belief in these sacred objects is fueled by miraculous tales of drivers who have survived crashes on Thailand’s notoriously dangerous roads.

The kingdom has some of the world’s deadliest roads, according to the World Health Organization, just behind war-torn Libya.

“Some Buddhist cars decorated with amulets have been involved in car crashes, but the drivers only suffered minor cuts and scratches,” Wasan told AFP, adding that his decorated cabin “was also helping attract customers”.

Its vast collection can give passengers peace of mind in the face of the virus.

â€œBut of course, the real and physical protections would have to be masks and hydroalcoholic gel,â€ he said, his surgical mask still strapped to his face.