Save our truckers, not affluent college students looking for a free ride 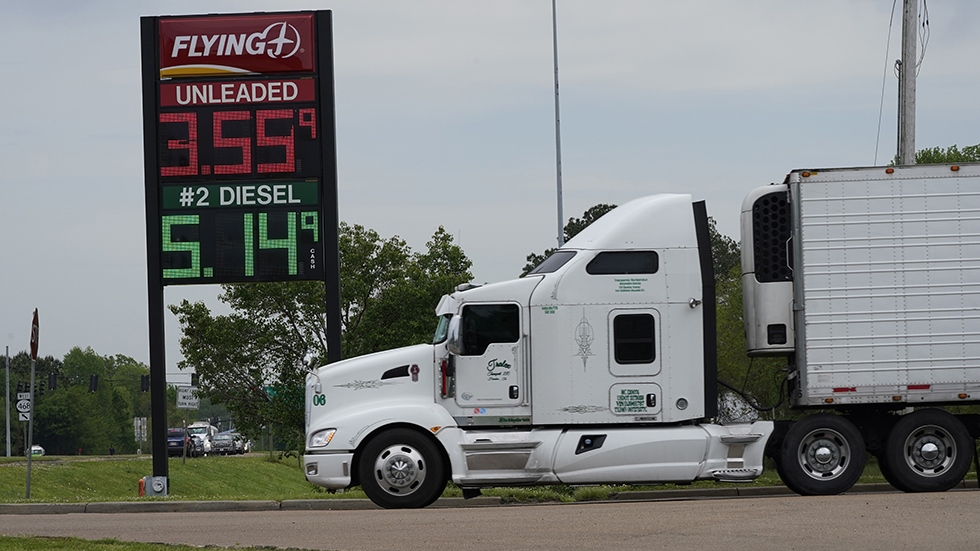 Take a look around whether you’re at home, in the office, in the mall or waiting for a sandwich in your local supermarket. Chances are everything you see was delivered by truck. Each thing.

Just over two years ago, when the coronavirus pandemic hit, American truckers were rightly hailed as ‘heroes’ delivering essential supplies as we tried to cope with the escalating emergency. Today, however, not so much.

Worse than being forgotten for the heroes they were – and are – is that many truckers are now struggling just to stay in business and pay their bills.

Last Sunday, according to AAA, the average price of a gallon of diesel fuel in the United States hit an all-time high. It’s a reality that crushes the personal and business finances of independent truckers and trucking companies.

Fuel prices are twice as high as a year ago and some long-haul truckers are paying over $1,600 to fill up. Like the rest of us, they are battered by a rate of inflation that recently hit a four-decade high. The situation has deteriorated so much that a number of truckers are considering leaving the company before being forced to file for personal bankruptcy.

Back in NASA’s heyday, they had a favorite saying: “No money, no Buck Rogers.” But even then, the space program only had a personal or financial impact on a few Americans.

Truckers – and the essential products they deliver 24/7/365 – have a daily impact on every American. So, to expand on this NASA truism: “No truckers, no tricks, cascading problems.”

Whether or not you support the Biden administration, the fact is that rising fuel prices combined with skyrocketing inflation are turning into a personal emergency for millions of Americans. When do these personal emergencies correspond to a national emergency?

When national emergencies arise, presidents must prioritize the issues to be resolved for the benefit of the majority of Americans. Perhaps the Biden administration missed that note.

In the face of this ongoing ordeal that is negatively impacting the American working class, we have the Biden administration trying to figure out how to orchestrate what some call “the greatest gift in American history.” President Biden wants to forgive over $1 trillion in student loan debt.

In more sensible, pragmatic, and honorable times, when you borrowed money, you were obligated by law — and your conscience — to pay it back. Like most American college and university students, I was not blessed with parents who paid for my education. What I couldn’t pay with the money I’d saved working as a busboy and waiter, I took out loans to cover the rest – loans that I dutifully and rightfully repaid.

Now, would the Biden administration describe me, and the tens of millions of other Americans who have ethically repaid their loans, as “suckers”?

As economist Stephen Moore and others have quoted, the Federal Reserve’s most recent survey of consumer finances found that only 22% of families had student loan debt – and that “student debt has always been disproportionately owned by high-income families.”

As our truckers – who bring us food, medicine, household items and more – risk being financially pulverized by punishing fuel prices and inflation, an obvious question comes to mind: where is the Biden administration’s bailout plan for them? How on earth do well-to-do students, who are forced to pay off their debts, get priority over American truckers?

Some speculate that Biden is trying to “buy the votes” of these young potential debtors and profiteers. We live in cynical and polarized times, but we have to hope that will not be the case.

That said, many perceive the Biden administration as floundering and, if past administrations are any indicator, when a president sees his approval rating below the waterline, crude politics occurs.

CBS News recently reported that Biden told the Congressional Hispanic Caucus regarding student debt, “I’m looking to do something about it, and I think you’re going to like what I’m doing.” Was it a “wink and nod” indicating an incentive policy?

The Republican Party’s debate scare highlights our slide into authoritarianism The Marshall Plan at 75: What Republicans Could Learn from Arthur Vandenberg

We will know soon. But in the meantime, as the president considers the biggest giveaway in American history – which would be inflationary, benefit a small number of mostly well-off students, create a tax burden for everyone and increase the cost of education. university as trustees sought to cash in on the government reward – it should take a minute to look around the Oval Office.

I guess everything out there was delivered at some point by American truckers, the forgotten heroes we hired just two years ago.

Douglas MacKinnon, a policy and communications consultant, was a White House writer for Presidents Ronald Reagan and George HW Bush, and former Special Assistant for Policy and Communications at the Pentagon during the last three years of the Bush administration. His latest book is “Le 56: The lessons of freedom from those who risked everything to sign the Declaration of Independence.”