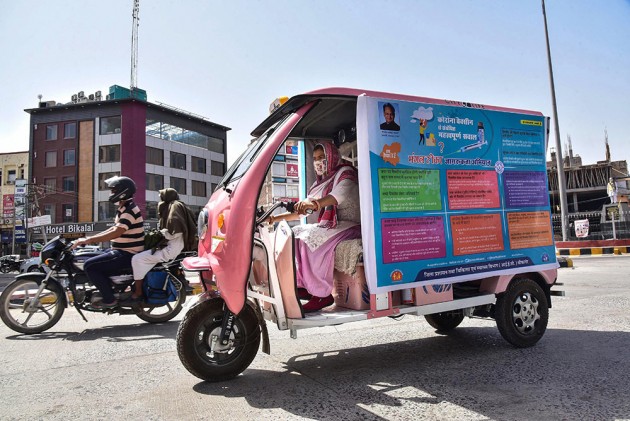 â€œIf you drive I have to check my insuranceâ€, â€œWill you be able to reverse the car? And what about parking? Do you need me to do it for you? “Why are you using both hands on the wheel and leaning forward?” “” Please focus on the road. I don’t want to die â€,â€œ Oh, there’s a woman driving behind us. Let’s go check it out, “” I’m sure a woman drives this car because it moves slower than an ox cart. “

If you are a woman, also Indian, you must have been subjected to these stereotypical statements, often disguised as “jokes”, at some point in your life. And not to mention the frequent stares and occasional horns if you slow down your vehicle.

Yes, it is 2021 and the driving experience of women still reflects their position in society. They face a lot of gender bias and discrimination on Indian roads, which makes them feel unwelcome and prevents them from taking commercial jobs as drivers. In a Times of India article, Susieben Shah, founder of the women-only taxi service, Priyadarshini Taxi, recommended including yoga in the driver training process to “mentally prepare women for Indian roads because she has to learn to roll along things like potholes. and the attitudes of other drivers. Unsurprisingly, the struggle for female taxi drivers begins from their homes; a 26-year-old driver told ZeeBiz that her family had ridiculed her after she started driving a cab. She said: â€œMy mother and brother used to taunt me by saying ‘here is the driver’. They would also hide my profession from our friends and relatives â€.

In fact, female drivers have always posed a serious threat to long-established ideas of patriarchy and masculinity. Decades ago, Michael L. Berger wrote about the history of the stereotype that describes women as bad drivers. According to him, a century ago in the United States, it was considered that women could abuse their freedom of mobility to compete with men and achieve the kind of lifestyle that men generally enjoy. Women were expected to perform domestic chores and confine themselves to controlled environments instead of driving cars on the road which represented freedom – both social and related to mobility. This, Berger notes, led to “the emergence of folklore regarding the alleged disabilities of female motorists and the eventual development of the full-fledged negative stereotype of the ‘female driver’.” Closer to home, the Why Loiter movement, led by activists like Shilpa Phadke, Sameera Khan and Shi Ranade, campaigns not only for increased access of women to public space, but also for their right to such spaces. They reject the idea that women are supposed to “demonstrate a goal” to be on the road while men are free to “hang out”.

This discrimination on the basis of gender differences can even be traced back to legal systems, as women in Saudi Arabia were given “legal permission” to drive in 2017, a decision that went into effect in 2018. In many cities of Saudi Arabia South Korea and China, the government has created ‘oversized’ parking spaces for female drivers, reinforcing the stereotype that women are ‘worst drivers’ and, unlike men, driving is not an innate skill. for them. As a result, women continue to be under-represented as transport providers, although much of the debate in the ride-hailing sector focuses on women as users of transport, where the discourse still revolves around danger and safety. There is a lack of attention to restricting women’s freedom of movement, their social development and the resulting limited access to the labor market.

Traditional taxis have always remained heavily dominated by men, with just 1% of women driving the yellow cab in New York and 2% of women driving the black cab in England, as Ivan Levingston noted in Bloomberg Businessweek in 2020. While the exact figures are not known for the rapidly changing ride-hailing industry, the percentage of female drivers at Uber is 14% globally and according to data provided by Uber to the International Finance Corporation in 2017, the proportion of women is over 20% in two of its mature markets, the United States and Canada. The same cannot be said of the countries targeted by this report as the percentage of female drivers ranges from 5.2% in Mexico and 3.8% in South Africa to 1% in the United Kingdom and 0.2% in Egypt, India being excluded due to a small sample size.

However, in 2018, the popular Indian ridesharing platform, Ola, said the number of female partner drivers was increasing by 40% each quarter for them. DiDi Chuxing, China’s leading mobility and carpooling platform operating in Asia-Pacific, Latin America and Russia, has seen an increase in the number of female drivers during the COVID-19 pandemic. Globally, 4 million drivers and couriers registered on the DiDi platform in 2020, of which 13.6% were female drivers in international markets. Although fragmented, this suggests that it is possible for women to enter the VTC sector in greater numbers and increase their income generation opportunities.

However, from 1997 to 2017, little changed for female taxi drivers. A 1997 research study based on interviews with female drivers in South Africa found “unequal power relations between women and men in the taxi industry, discrimination in employment practices and sexual harassment. female taxi drivers â€. He also concluded that gender discrimination, where women are treated as inferior to men, is a major cause of unequal access in the transport sector, apart from money, capacity, skills. , skills and safety, which are also unevenly distributed by gender. Likewise, a 2017 Indonesian study found that “there is still a lot of discrimination against women car drivers online who receive more order cancellations from consumers due to sexism in the society “.

In other lower-middle-income countries, especially ethnically diverse ones like India, several forms of exclusion follow for female taxi drivers:

– Financial exclusion: Gaps in financial inclusion affect the ability of women to take out loans in their name to rent or purchase a vehicle. According to the latest Global Findex database available, women are overrepresented among the unbanked globally. About 980 million women do not have an account, which represents 56% of all unbanked adults in the world residing primarily in the developing world.

– Infrastructural exclusion: limited access to education leading to financial illiteracy as well as the inability to understand contracts; insufficient public toilets; hazardous transport to and from work

– Social exclusion: Certain groups in Indian society are strongly excluded and suffer from cross disadvantages on the basis of their culture, race, tradition, religion and cultural practices as evidenced by the caste system of India. Social exclusion combined with gender analysis makes India a unique case to study.

According to the guide to social exclusion, â€œpeople may be disadvantaged in one respect (eg women with regard to gender) but privileged in another (eg upper castes). For example, while Indian traffic officers would generally be lenient with female drivers, as evidenced by these headlines: â€œTraffic Officers Take No Action Against Female Drivers – RTOâ€; “Ghaziabad cops rarely treat women”; Hyderabad: Drunk drivers get away with it â€; “A Delhi woman is challan, threatens to kill herself, the cops let her go after an argument”, the same cannot be said of underprivileged taxi drivers.

Reba Kayal Mondal, a 40-year-old pink cab driver in Kolkata, told Citizen Matters: â€œThe men in uniform are acting like a bad guy for us. They impose heavy fines on us for every mistake and use abusive language that makes us cry. Men who drive four-wheelers are fired for the same kind of faults but if it’s us, they yell at us saying that we are only suitable for housework. Even motorists and other commercial vehicle drivers give us humiliating and vulgar comments. They find it hard to digest that women are sitting behind the wheel.

Likewise, another taxi driver told Hindustan Times: â€œLast week a traffic policeman in Gurgaon started harassing me when I took a wrong turn. He asked to see my license. But it didn’t stop with that. He even told the passenger that she should warn drivers about bad driving practices. “In addition, Indian police are seen to have apathy towards the poor and carry their prejudices and prejudices of caste and community in their work.

Clearly, female taxi drivers, especially in a country like India, face multiple forms of discrimination, from gender to economic to social. Indian feminist researcher Nivedita Menon argues that feminism is heterogeneous and internally differentiated across contexts. In other words, our political practice constructs categories of identity, where rather than a Muslim woman being both a Muslim and a woman, she can sometimes be only a Muslim, and at others, only a woman. In an interview with Tarshi Magazine, Menon says: â€œThere are ‘people’ who can respond to different kinds of political challenges as ‘Dalits’ or ‘Muslims’, or as ‘women’. The success of feminism lies precisely in its ability to motivate “people” to assert themselves as feminists in different types of contexts. “

Therefore, the first step in making India’s roads â€œinclusiveâ€ is to minimize the various forms of exclusion mentioned above and increase the number of female taxi drivers on the road. Otherwise, we will always be subjected to a â€œbad driverâ€ on the road.