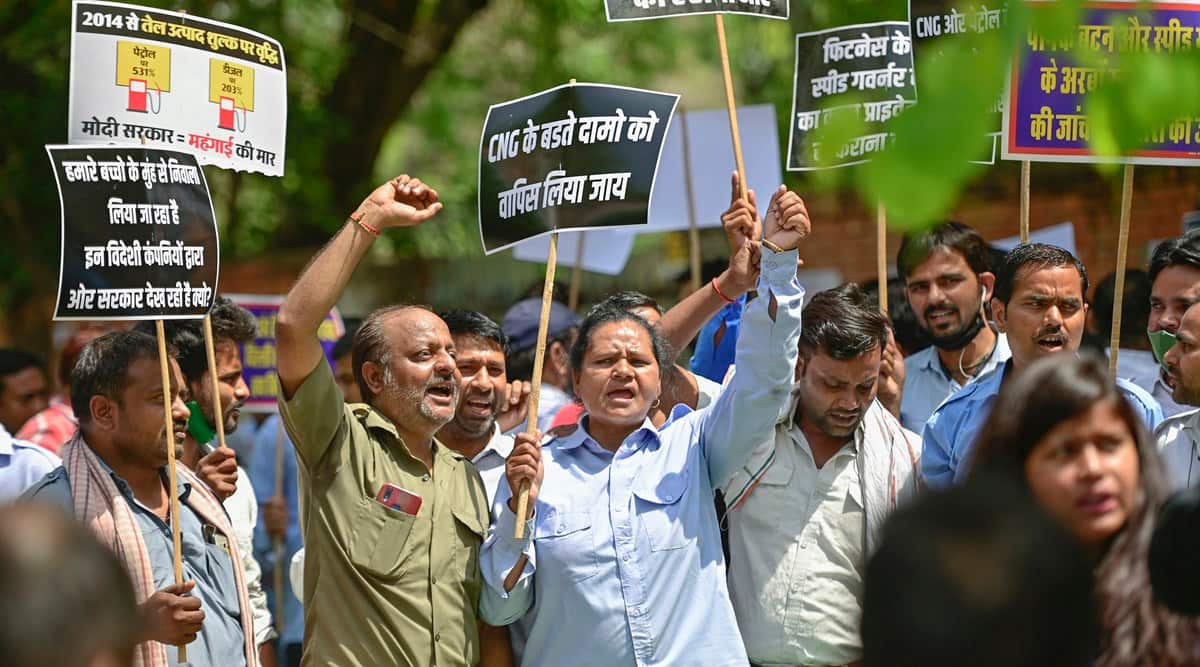 Demanding a reduction in the prices of CNG, petrol and diesel, which have been gradually increased recently, taxi drivers staged a protest in Jantar Mantar on Friday. The drivers threatened to go on an indefinite strike if their demands were not met.

Sanjay Samrat, Chairman of Delhi Taxi, Tourist Transporters and Tour Operators Association, said the sharp rise in the price of CNG and the price of diesel/petrol had a negative impact on the ability of taxi drivers to sustain themselves, especially since taxi fares have not been revised.

“The price of CNG is climbing to Rs 70 per kg. Rates have not been revised and the cost of living has increased exponentially. Drivers have struggled for two years due to a post-Covid crisis. This ride is a plot to push electric vehicles and drive us out of business,” Samrat said.

“Today, we demonstrated from 10 a.m. to 3 p.m., because we did not want to inconvenience the public. But, we have decided to go on an indefinite strike if there is no change,” he said.

The drivers also demanded that the Delhi government or the Center provide subsidies to bus and taxi drivers.

Ravi Rathore, president of the Sarvodaya Driver Welfare Association, said either fares should be revised to match the CNG/fuel price hike or the fuel and CNG price hike should be reversed.
Meanwhile, some other taxi and auto unions including Delhi Auto Rickshaw Sangh, Delhi Pradesh Taxi Union, All Delhi Auto Taxi Transport Congress Union, Taxi Auto Rickshaw Driver Sangharsh Samiti and Bhartiya Private Transport Mazdoor Mahasangh have stated that they would hold a symbolic demonstration at the power station near Delhi. Secretariat on April 11.

The unions demanded that the government provide a subsidy of Rs 35 per kg on CNG and reduce the prices of CNG.

Rajender Soni, Chairman of Bhartiya Private Transport Mazdoor Mahasangh, said: “If the demand is not met, we will go on strike from April 18. Over the past 2-3 years, CNG prices have almost doubled. The government gives discounts on alcohol and subsidizes electricity consumption, but it has done nothing to help us.