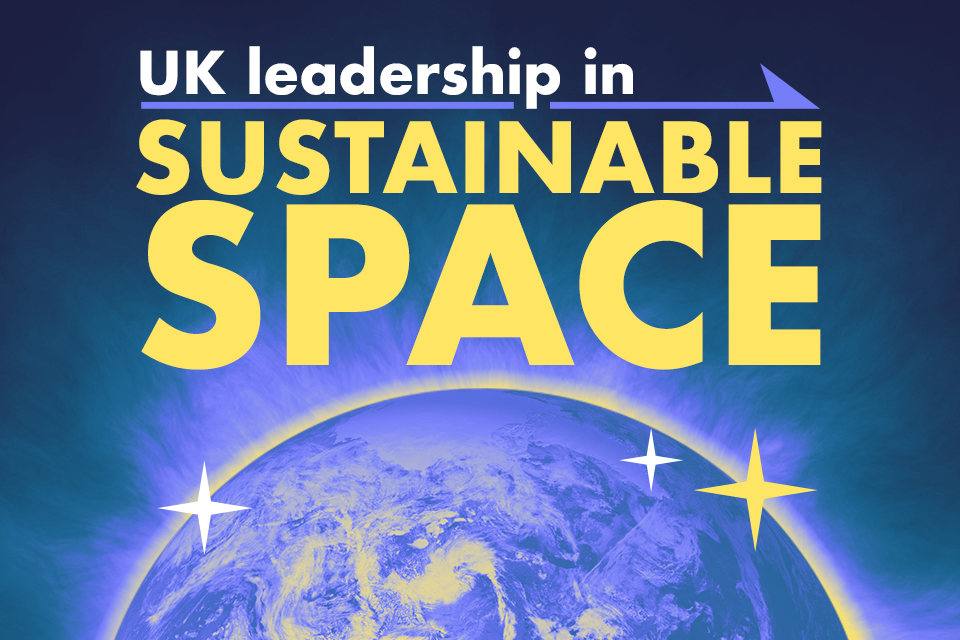 Science Minister George Freeman today (Thursday 23 June) launched a new Space Sustainability Plan, a series of measures which will demonstrate the UK’s commitment, ambition and drive to improve sustainable use of space in the UK.

He announced the plan in a speech at the 4th Space Sustainability Summit in London, part of a package that aims to make the UK a global leader in sustainability in space, just like the country is here on Earth. The minister announced that the government will work with industry to establish a new standard for space sustainability, which will aim to incentivize companies to adopt best practices in space sustainability and formally recognize those who take steps to minimize their footprint in Earth’s orbit.

The standard will help make the UK a more attractive place to operate and invest and help unlock sustainable private investment, helping to further drive growth in the space sector. The standard will be developed and tested by industry and academia, in partnership with government and the Civil Aviation Authority – the UK spaceflight regulator.

Minister Freeman also confirmed that the UK will undertake a regulatory review to encourage sustainable practices, investment and growth, enabling the latest technological innovations such as active debris removal (ADR), in-orbit servicing and manufacturing (IOSM) and sustainable development to become the standards of tomorrow in space operation. This will ensure that the UK’s regulatory regime keeps pace with technological advancements and paves the way for the protection of the space operating environment.

This should include working alongside industry, academia and insurers to explore ways to reduce insurance premiums for sustainable missions, thereby contributing to greater space sustainability.

The huge increase in commercial satellite launches will lead to the launch of tens of thousands of small satellites over the next 10 years.

A “Wild West” space race without effective regulation risks a growing space debris crisis, adding to the existing threat of 400 redundant satellites and a million pieces of debris.

To harness space for sustainability, we need an agreed framework of standards to measure and manage debris, improve satellite repair and recovery, and mark truly sustainable supply chains.

As was the case with navigation in the 17th century and cars in the 20th, the key will be regulations that enforce good industry standards and reduce the cost of insuring and financing a satellite launch that can show compliance. With London as the global capital of risk insurance and finance, we have the opportunity to use our historic role in space science to now harness responsible finance for sustainable space.

That’s why today I’m announcing our Plan for Space Sustainability, a set of announcements that demonstrates the UK’s commitment to using our regulatory leadership. This plan will ensure a safe and sustainable commercial space sector that rewards responsible satellite programs by reducing the costs of launch licenses and insurance for sustainable satellites and space missions.

Outlining the UK’s global ambitions, the Minister announced new government investment to support Phase 3 of the implementation of the UN Office for Outer Space Activities (UNOOSA) guidelines for the long-term sustainability of outer space. To achieve a safe and sustainable space environment, the UK is playing a leading role alongside UNOOSA in adopting these guidelines, which set out how countries and companies can help preserve the space environment for future generations. Phase 3 of the project will help build on the successful work of previous phases to raise awareness of the guidelines among UN Member States and identify barriers to their adoption.

The UK government firmly believes that the growing volume of debris in space is both environmentally and commercially unsustainable, requiring swift action to clean up Earth’s orbit as well as ensuring future projects minimize their footprint through recyclable manufacturing. , satellite recovery and debris mitigation.

Active Debris Removal (ADR) is a key tool for cleaning up space waste in Earth orbit, and the minister confirmed today that the current government ADR program will receive £5 million in funding for its final phase. The program will now move at its own pace to select 2 consortia projects for grant award this summer. It has also been announced that the National Space Surveillance and Tracking Programme, which recently received additional funding of £5m, will include a new ‘watch your satellites’ collision assessment service, which is now open for registration to all licensed satellite operators in the UK after successful trials with several companies.

Today’s announcements, led by industry and government in partnership with the UK Space Agency, demonstrate the UK’s aim to lead a global regulatory framework that expects and demands the best standards, reducing the cost of licenses for supply chains that meet these requirements.

Space sustainability is a complex challenge requiring a variety of solutions, but it also presents an important opportunity for the UK to demonstrate global leadership. We are developing new missions and capabilities to improve how we track objects in orbit and accelerating technologies such as active debris removal, while setting new standards and working closely with international partners to keep the space open to future generations.

The UK space sector employs around 47,000 people directly in the UK and supports around 190,000 supply chain jobs, contributing nearly £7 billion to the UK economy each year. Building on National Space Strategy commitments and ensuring that the space industry can continue to operate safely and sustainably into the future, to help protect and grow these high-quality jobs across the country for generations to come.