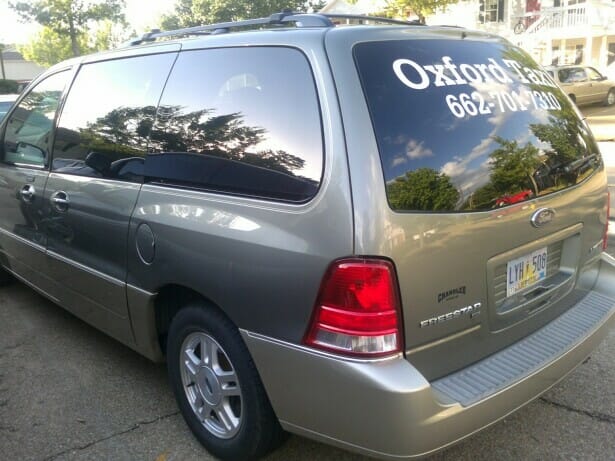 The Oxford Council of Aldermen is considering an amendment to the city’s rental vehicle ordinance that would reduce the amount taxi companies pay for permits and remove the mandatory $ 10 fee for travel within limits of the city.

Currently, the ordinance states that rental vehicles cannot charge more than $ 10 per person for one trip and a maximum of $ 2.50 for each additional stop within city limits.

The proposed change read Tuesday at the meeting of the council of aldermen indicates that “the prices of the trips will be designated by each taxi company” and must be displayed inside the taxi / taxi. Passengers must be informed of the fare before the start of the journey.

Another proposed change lowers the current $ 500 fee for new taxi companies to $ 100 and lowers the individual driver’s license fee from $ 50 to $ 25.

A proposed new section of the ordinance states that all drivers must pick up passengers from designated downtown pickup locations in the square between 9 p.m. and 3 a.m. however, the ordinance does not indicate where these locations will be from now on.

Matt Davis, director of parking, said locations will be determined after approval of the proposed order changes.

“The Oxford Police Department will designate the locations and the Aldermen Council will approve them,” Davis said.

Last summer, the council of aldermen considered an ordinance that would have created the designated pickup locations at the downtown parking garage and along 14th Street.

However, taxi and rideshare drivers, as well as concerned citizens, have spoken out against the locations, saying they are too far from businesses. Those who oppose the order have said that it forces people under the influence of alcohol to walk several blocks to take a ride, which could be dangerous, and that some may make the decision to driving rather than walking for a ride.

The Council did not vote on this draft ordinance and filed it in July.

A second reading and public hearing on the proposed changes to the Rental Vehicle Ordinance will take place at 5 p.m. on November 16.